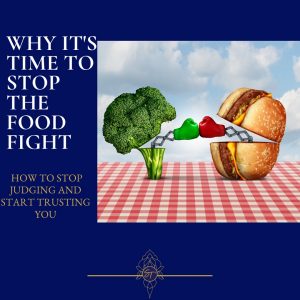 Since I began my interest in health and wellbeing in the late 1970s, there has been one constant.

That every decade or so, someone creates a new ‘style’ of eating, that is supposed to be the panacea of all that ails us, then in the next decade produce new ‘research’ that tells us that it was all wrong!

In the 1970s, it was believed that fatty foods contributed to high cholesterol so The Pritikin Diet – which was an extreme low-fat way of eating was popular

In the early 1980s, it swung totally in the opposite direction and The Aitkins Diet – all protein and high-fat food, became popular.

Then in the late 1980s, we swung back to low fat, and this time low-fat convenience foods became popular, that were high in sugar to give the low-fat food taste.
.
During that time, protocols such as The Zone, or Fit for Life, which was all about eating certain things at certain times – in the latter case, only eating fruit until 12noon became popular. Good grief.

Then in the early 2000s, it was realised that we were eating too much sugar, so began the sugar wars and the no-sugar bandwagon took off.

In 2010 it was the Paleo diet, eating what supposedly our caveman forefathers ate.

At the last part of this decade, it was all about Keto and macros.

And now… it’s Plant-based. I know right? What the heck is the argument about eating more vegetables?

It was, I thought, an interesting documentary and in it, the main message was that we did not need to adhere to the old belief that meat was the only way to build muscle mass and energy and that choosing more plant-based meals can be good for our health.

Or at least that’s what I thought. Instead, the knives are out (literally!)

Those who are “Keto’ or ‘Paleo” devotees are lambasting the plant-based message, talking about conspiracy’s towards farmers or how meat must be a part of a diet to be healthy.

Dieticians are criticising the documentary encouraging people to not get their information from a documentary, instead to listen to them as the professionals.

It’s Time To Stop the Food Fights and in general, everybody is getting their knickers in a knot over the promotion of eating more vegetables!

Now I get the concern about the growth of “imitation” meat products that are factory produced. Whether you are a meat-eater, flexitarian, vegetarian or vegan, if it doesn’t grow in the ground, graze on the ground or swim in the ocean… choose it as a ‘sometimes’ food.

But there is one critical aspect of this ‘war’ that is being missed.
We can if we choose to listen to our body, without judgement…make our own decisions!! I know right – what a unique concept!

We are individuals with differing needs at differing times and that if we choose to listen to the messages our body sends us and learn how to make that value-based choice without judgement or restriction, we will choose foods, whatever they may be, that are right for us.

There are no right and wrong ways if you listen to your own body without judgement, and in particular, acknowledge how your body feels after eating certain food groups.

It is really interesting how many of the ‘health professionals’ are also anti-food group exclusion. A lot of them criticizing those who choose to go gluten, dairy or meat-free as if it is a fad
.
But in my own experience, those three food groups don’t agree with me. That’s just the way it is. So that’s my choice – because I choose to honour the messages my body sends. But I am not going to jump on my high horse and tell everybody how ‘bad’ these foods are because that’s just my individual informed choice. But that’s not everybody!

(And I don’t care who tells me how good Brussel sprouts are for me… I don’t like them and I am not going to eat them! – Same goes for Coriander!!)

But for heaven’s sake. Stop the fighting.

For the average person, that leads to confusion, frustration, and heading to the nearest fast-food restaurant because it’s easier than trying to keep up with the ‘experts’ who keep changing their damn minds.

There are 4 aspects to eating for your wellness and longevity.

1. You are an individual, not a calculator. Choose foods that you enjoy and stop restricting foods based on counting calories, fat grams, macros or anything else

2. Allow yourself to trust your body’s wisdom. Relearn how to listen to the messages your body (not your head) sends

3. Affirm your choices without judgement and without restriction. Honour and value your own wisdom and make those choices as if your health depended on it!

4. Acknowledge how certain foods make you feel after you ate them? And make informed choices based. Do you feel nourished and energetic? or do you feel low in energy and uncomfortable? Make those decisions from a wisdom-based perspective… not what you think you ‘should’ be doing because that is what you have been told.

Eat mostly a Mediterranean type diet – organic (if possible) vegetables and fruits in season, good quality proteins such as free-range grass-fed meat and poultry and wild-caught fish, good quality fats such as avocados, nuts or olive oils, or if you ‘choose’ not to eat animal-based proteins, include fibre rich, high protein beans and legumes

ENOUGH of the damn food fights, instead be at peace with food. Don’t eat food that is trying to stuff down an emotion, relearn how to celebrate food and be conscious of the type of food that feels good for your body- not for your stress levels!

Your body will reward you with good health, abundant energy and a sense of confidence and well-being for life!

????THANK YOU so much for visiting and if you know someone who may enjoy this blog “It’s Time To Stop the Food Fights” …Please share and visit us on this link: https://sallythibault.com.au/